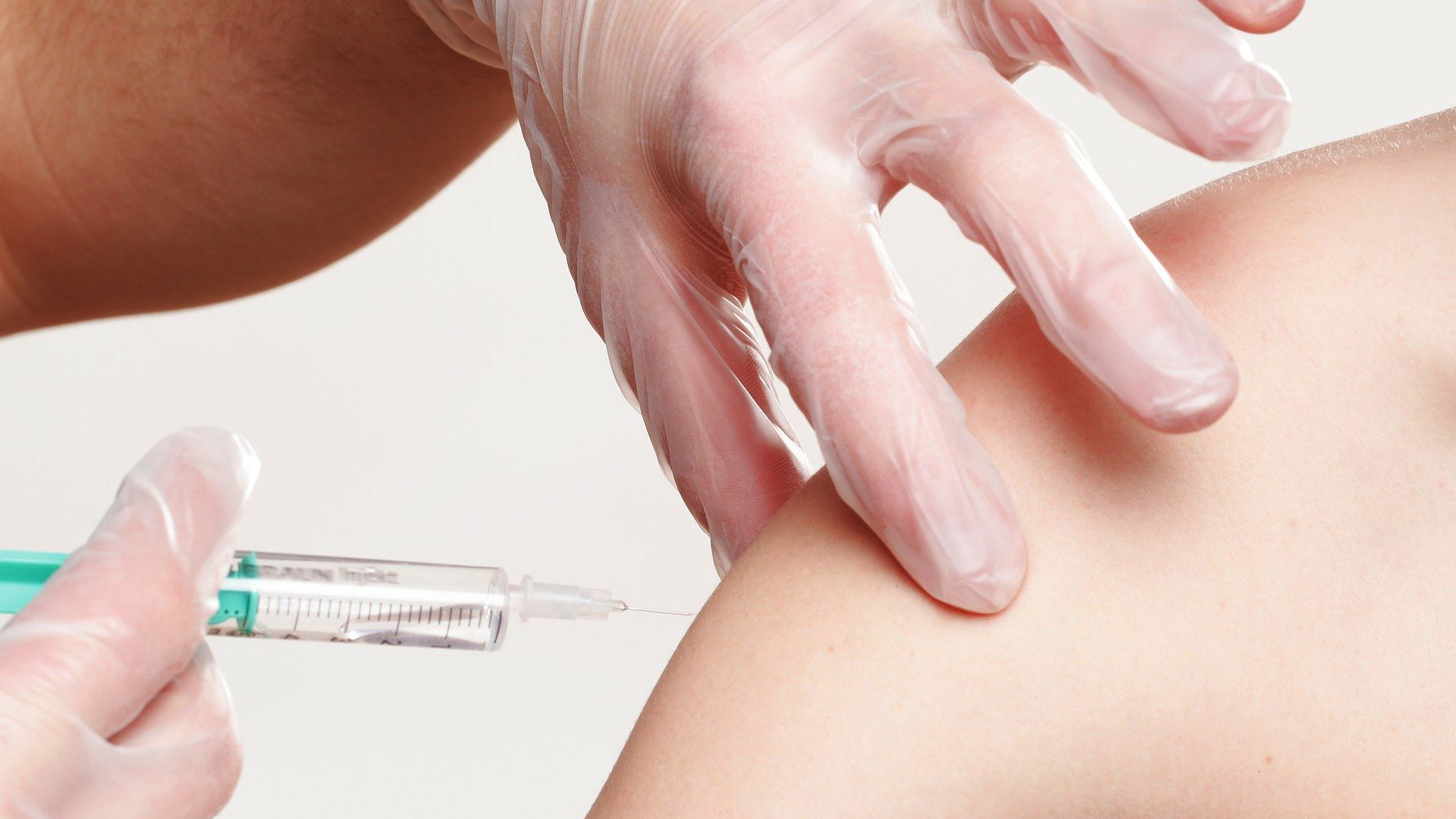 A news story – A Covid vaccine

I had a comment today from a listener asking for more C2 materials. The listener suggested that we teachers assume that C2 learners are so advanced that they can just use authentic texts, that is, texts that are written for native English speakers. However, when I look at the C2 vocabulary lists on the Cambridge Vocabulary profile, I can see that there are lots of words, lots of items, that could stop you from understanding and that might be difficult to really get the meaning of from a dictionary. I’m not sure I can do much better when I present language, but I have a feeling that you can get a sense about the register or formality of a word by the way it’s said.

So, now that I’ve said that, I’m going to take a story from the Guardian news website and look at some of the C2 vocabulary. This will be useful for lower-level learners as well, but it will be C2 so don’t get stressed if you find this one hard to follow.

The story I want to look at is an opinion piece by Owen Jones and it’s about the Covid vaccine that was in the news last week.

I’m not going to get very far into the article as the language is pretty tough, but I’ll do my best to explain the language from the first few paragraphs.

The patent is like the copyright on an idea or a process. If you invent something completely new, you can apply for a patent on your invention and then other people are not supposed to be able to just copy your invention. If you are successful an are granted a patent on an invention, then you hold the patent. Abraham Lincoln is the only US president to hold a patent; something to do with boats. In the subtitle, it says we should all own the patent. You can own a patent, but hold a patent is three times as popular on google.

The subtitle for the article is:

OK. There are three items to look at here. The first is exorbitant profits. This is quite a strong collocation. You often see exorbitant profits or even more common exorbitant prices. This most simply means profits or prices that are way too high. The word stems from the latin orbita which means track and we use it today to talk about the path that satellites take around the earth or that the planets take around the sun. I was disappointed that the word doesn’t mean out of orbit; profits or prices that are so high they are out of this world’s orbit. The meaning comes from being off track. So profits and prices are exorbitant of they are beyond the reasonable scale, beyond what could be considered normal.

The next phrase is free riding. A free rider is a person or company that gets the public, or the government to pay for things for them. I read one definition that said that a free rider wants others to pay for a public good, but plans to use the good themselves. Sometimes people who live on social security and government payments are called free riders if it’s felt that they are not working by choice. It is not a positive term. It’s a bit cynical, free riders are not receiving money from the government because they need or deserve it – it implies that taking the money is not honourable. In this subtitle, companies are accused of taking money from the government to pay for research and then making lots of money in profits.

The last phrase is public sector. This is used to contrast the private sector. Public sector economic activity is money spent on state-owned operations. In the UK, this includes the police, the health service, lots of education. The private sector is all the privately-owned companies. So when I was a kid, the rail service in the UK was publicly owned. It was public sector. But then it was privatised, which means private companies were allowed to bid to provide the services.

Let me read that subtitle again.

OK – now we can actually start the article. In the first paragraph, the writer celebrates the news of a vaccine against Covis that offers 90% protection against the disease. The writer says this ‘offers a life raft for lockdown-weary humanity’.

Weary is a great word. It means really tired because you’ve been working or doing something for too long. I like it because it sounds a bit like a groan, the sort of noise you might make if you are feeling weary. In the article, it’s been made into a compound adjective: lockdown-weary. You might also read brexit-weary, or election-weary or even Trump-weary.

In the next paragraph, there are four items to look at. It reads:

The hope of a successful vaccine to liberate us from protracted economic misery should be embraced – but we should be sparing with the bunting for the pharmaceutical industry.

Protracted means long and drawn out. It’s probably most commonly used to talk about legal battles, battles that take ages to sort out in the courts. You might hear someone complaining about a protracted divorce or perhaps protracted business negotiations before a deal can be made.

We should be sparing with the bunting. If you are sparing with something, then you use it very carefully – you only use as small an amount as possible. I think it’s most commonly used on medical creams. On ointments, it often says ‘use sparingly’. That means don’t smear it on like butter, just use a little bit.

The last word, bunting, means those little rows of flags that get strung up around buildings and across the street during celebrations. I think that it’s a bit old fashioned now, as you don’t often see it in the UK strung across the road for street parties. You do see it in shops – advertising bunting is still quite popular, but that’s not the meaning from the article. To be sparing with the bunting means to not celebrate too much.

The fourth word in this paragraph comes in the next section. It says:

If you want a particularly egregious case study of “socialism for the rich”, or of private businesses dependent on public sector research and innovation to make colossal profits, look no further than big pharma.

Let’s move on to the next paragraph.

In this paragraph, The CEO of a large pharmaceutical company dismissed the idea that his or her company should not profit from the Covid crisis as radical.

Radical in this sense is a political adjective meaning extreme or calling for a big change. Some people think that if an idea is radical that is enough reason to dismiss the idea.

The writer suggests that many will overlook such profiteering amidst the wave of gratitude.

To overlook means to not notice or ignore something. Often this is used to talk about candidates for jobs who are rejected, perhaps for trivial reasons. They might feel that they were overlooked because they weren’t demanding enough.

Profiteering means taking advantage of a situation where people are in need to make a profit. It’s usually used to talk about businesses that put their prices up because of a disaster. If a company provides food or water or medicine and there’s suddenly a desperate need, then the company is in a powerful position to make money. However, this raw face of capitalism is considered too ugly for most people and we call people who make money this way profiteers.

many will overlook such profiteering amidst the wave of gratitude

Amidst is an interesting word. It means in the middle of. You sometimes read in the midst. I think most commonly, in the midst of battle which is used to talk about what happens during a battle in a war. Amidst doesn’t have the same military connotation, or at least, not as much. It is very similar to the word amid which means surrounded by. I think you might walk amidst the trees in the forest, but not amid the trees. Perhaps you might hide amid the trees and bushes. The meanings are very similar though.

In the last paragraph, I’m going to look at, the writer says that the pharmaceutical company has claimed to have never taken money from the US government, but that this claim does not stand up to scrutiny.

Scrutiny means careful examination. To scrutinise something means to look at it really closely. A great detective like sherlock holmes might scrutinise the crime scene. The phrase does not stand up to scrutiny is a strong collocation. It’s often used to talk about arguments or political claims. The government’s education proposal doesn’t stand up to scrutiny. So it might look ok at a glance, but if you look really closely, it’s no good.

The last line of this paragraph is:

Munificence is the last word I’m looking at today and it means generosity with money. It is really quite formal and not very common. You can also use the adjective munificent to mean very generous. So a charity might thank their benefactor for a munificent donation.

So that’s only the first few paragraphs and there’s a lot of language to think about. I will put a link to the article on the page for this podcast on Learn English Vocabulary.co.uk. Do take a look and see if you can understand the first four paragraphs now.

If you have enjoyed this podcast, please leave me a comment or a rating or a review. I love to hear from you and any comments or suggestions you have. If there are any songs you would like me to talk about or anything else you would like to hear, I would be delighted to make a podcast for you. So please visit LearnEnglishVocabulary.co.uk and say hello.

Read the story here: The Covid vaccine will benefit humanity – we should all own the patent

Advanced language from a music review 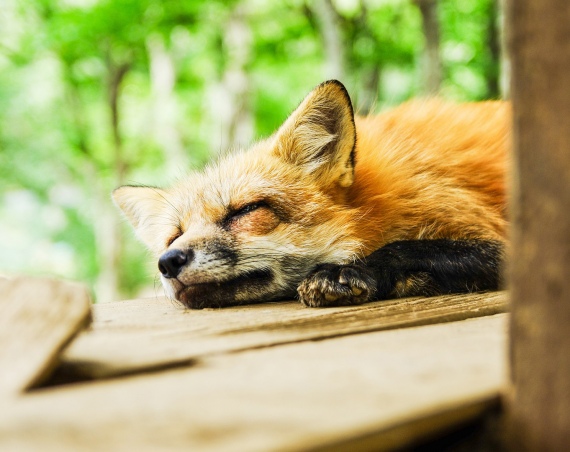