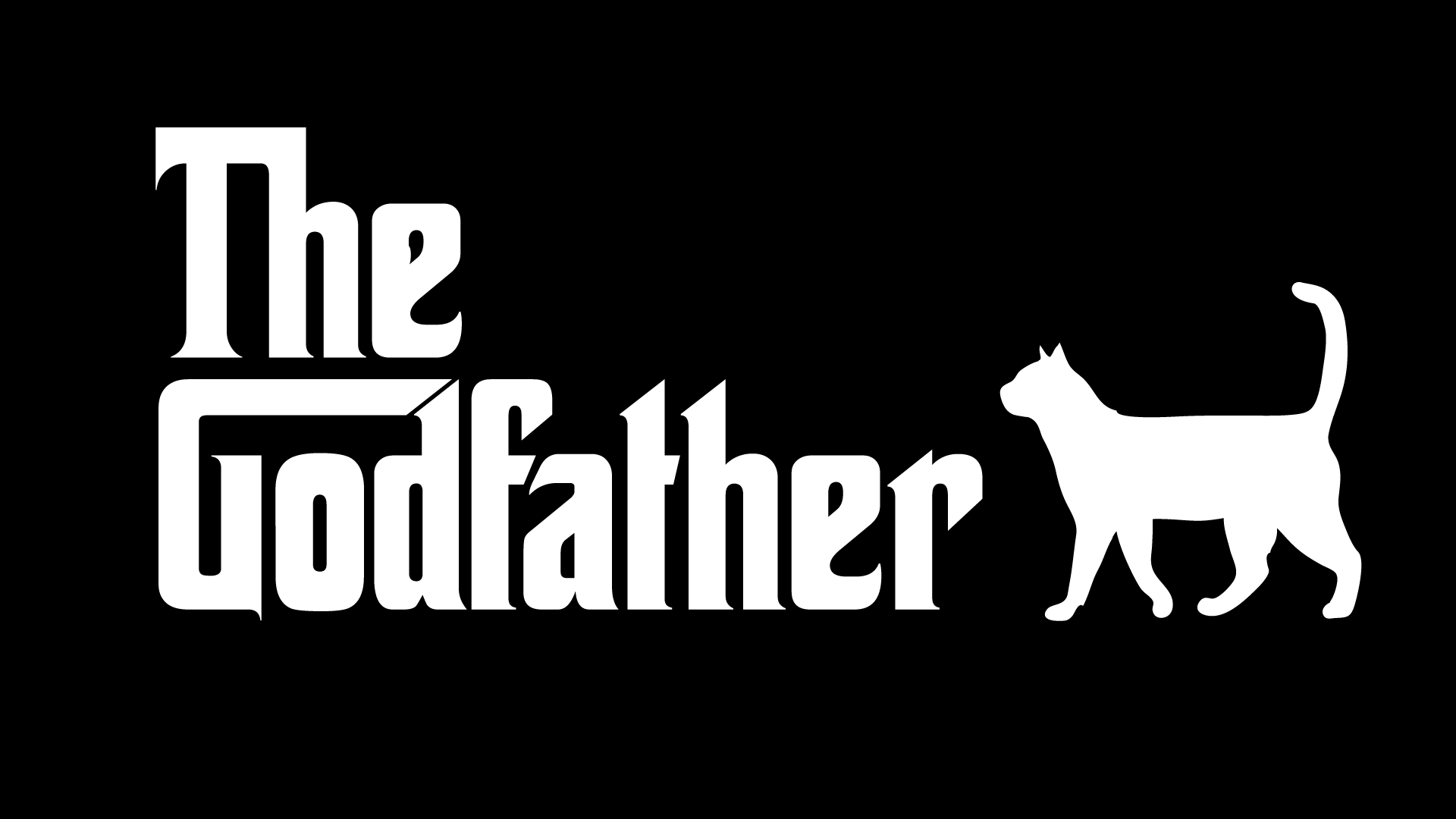 Scene from a film – The Godfather – Opening scene

Today, I want to look at the language from the opening scene of The Godfather. This is widely held to be one of the best films of all time. In the opening scene, we are introduced to Vito Corleone as he listens to the problems of an old friend who needs his help. The scene opens in a dark room with a close up of Bonasera who is explaining his problem. It really is a brilliant opening scene. I want you to listen to some lines from the film and then I’ll discuss the language.

We’ll start with a short clip.

Bonasera: I believe in America. America has made my fortune.

A fortune is a large amount of money or property. People sometimes complain or boast that they have spent a fortune on their hobby. If I ever bought anything that wasn’t the cheapest possible option, my mother would complain that it had cost a small fortune.

Notice the collocation. Bonasera says that America has made his fortune. With words for money, we use the verb make. You can make money. This means earn money. You might hear someone ask: how much do you make as a teacher? This is the same as how much do you earn?

He made his fortune on the stock market

Bonasera made his fortune in America.

Later on, the Godfather says ‘You found paradise in America, had a good trade, made a good living.’

Bonasera goes on to say:

Bonasera: And I raised my daughter in the American fashion. I gave her freedom, but — I taught her never to dishonour her family.

There are two important concepts in this scene. Honour and respect. Honour is a quality that a person can have when they are confident, honest and trustworthy and represent the ideals of the society they live in. Being a person of honour in one society might mean going to church and dressing smartly, but in another it might mean serving in the military or doing an important job. In some countries, there is a very important hierarchy of honour.

Respect is normally a verb and in means to recognise a person’s honour; that you have a high opinion of the person. The way you act towards them might show respect, it might demonstrate your attitude towards them.

The opposite is to disrespect. If you disrespect a person, you act in a way that does not show that you have a high opinion. Perhaps you talk over them when they are talking or you ignore their advice or perhaps you start yawning or don’t pay attention to them.

But then, something happened that did. Listen to the next lines.

Bonasera: She found a boyfriend; not an Italian. She went to the movies with him; she stayed out late. I didn’t protest. Two months ago, he took her for a drive, with another boyfriend. They made her drink whiskey. And then they tried to take advantage of her.

Bonasera’s daughter found a boyfriend who took her out with another boy and they tried to get her drunk by making her drink whiskey. Whiskey is a very strong alcoholic drink. It is a spirit. That means that a small amount can make you quite drunk if you are not used to it.

To take advantage of someone normally means to use somebody’s weakness to help yourself. So old people or people with learning disabilities can be vulnerable. If a conman tries to steal from these people because they are weak, the conman is taking advantage of them. Another common use of this phrase and the meaning of the use in the film is to sexually assault someone who is too drunk to be able to stop it. Sometimes, when people are drunk, they lose some of their control. Sometimes, they lose the ability to consent at all. If a person is coerced or forced into a sexual act in this state, they have been taken advantage of.

Listen to the next lines.

Bonasera: She resisted. She kept her honour. So they beat her, like an animal. When I went to the hospital, her nose was a’broken. Her jaw was a’ shattered, held together by wire. She couldn’t even weep because of the pain.

But I wept. Why did I weep? She was the light of my life — beautiful girl. Now she will never be beautiful again.

The boys tried to take advantage, but she resisted and kept her honour. She stopped them assaulting her sexually, but then they physically attacked her.

Bonasera says her jaw was a’shattered. The a in front of shattered is supposed to be his Italian accent. The word shattered means broken into many pieces. If someone breaks their jaw, doctors may have to use a wire frame to hold the bone pieces in place so they can heal. This is a very unpleasant treatment.

Bonasera says what he did next.

Bonasera: I — I went to the police, like a good American. These two boys were brought to trial. The judge sentenced them to three years in prison — suspended sentence. Suspended sentence!

To sentence means to say what an official punishment is – this is done by a judge The judge sentenced the boys to three years in prison.

A sentence is another word for an official punishment. Often you hear about a 1 year or 5 year sentence which means that the convict has to go to prison for up to 1 or five years. A life sentence in some countries means you have to stay in prison for the rest of your life.

Bonasera: They went free that very day! I stood in the courtroom like a fool. And those two bastard, they smiled at me. Then I said to my wife, “for justice, we must go to Don Corleone.”

Bastard in modern English just means a horrible person. It is a regular noun so the plural form should be bastards. It is a swear word and is offensive to some people. It’s not a really vulgar or serious swear word. You won’t attract any attention if you say it in a pub, but you shouldn’t say it at work or somewhere you should be polite. Originally, it meant someone whose parents were not married and in the context of the film is supposed to indicate that these were not honourable people.

Vito Corleone: We’ve known each other many years, but this is the first time you came to me for counsel, for help.

Counsel is a formal word for advice.

Vito Corleone: I can’t remember the last time that you invited me to your house for a cup of coffee, even though my wife is godmother to your only child. But let’s be frank here: you never wanted my friendship. And uh, you were afraid to be in my debt.

Debt is something that you owe someone. It’s usually money. If you borrow money from the bank, then you are in debt. Credit card debt is probably the easiest debt to run up. You can be in debt to a person, which really mean you owe the person some money or you can be in a person’s debt which means you owe them in another way. You would be in a person’s debt if they helped you. If you are in a person’s debt, then they may ask you for a favour in return and you would feel obligated to do what they ask. The Godfather says that Bonasera did not come to him for help because he was afraid to be in his debt.

Listen to the next part for the phrases make a living and respect.

Vito Corleone: I understand. You found paradise in America, had a good trade, made a good living. The police protected you; and there were courts of law. And you didn’t need a friend like me. But uh, now you come to me and you say – “Don Corleone give me justice.” – But you don’t ask with respect. You don’t offer friendship. You don’t even think to call me Godfather. Instead, you come into my house on the day my daughter is to be married, and you uh ask me to do murder, for money.

Bonasera: I ask you for justice.

Vito Corleone: That is not justice; your daughter is still alive.

Justice in this example means fairness in the way people are treated. Justice can mean the system of laws in a country that says how a person should be punished for different crimes, but there is also a more general kind of natural justice that people believe should be the case. Good people deserve good things to happen to them and bad people deserve bad things to happen. Unfortunately, you often hear people complain that there’s no justice in the world.

The Godfather agrees to make the boys suffer in a way that he thinks is just and appropriate considering their crimes and sends Bonasera away with these closing words.

Vito Corleone: Some day, and that day may never come, I’ll call upon you to do a service for me. But uh, until that day – accept this justice as a gift on my daughter’s wedding day.

This really is a brilliant opening scene. The combination of fear and respect that the Godfather commands in this dark office on what turns out to be his daughter’s wedding day tells us so much about this mysterious antihero. If you haven’t seen the film, or haven’t seen it recently, I recommend you watch it again. At least, rewatch the opening scene to hear the language again and see Marlon Brando as the Godfather.

Remember, there is a webpage for this podcast on LearnEnglishVocabulary where you will find the transcript and some language activities to test yourself to see if you have learned the vocabulary from this podcast.