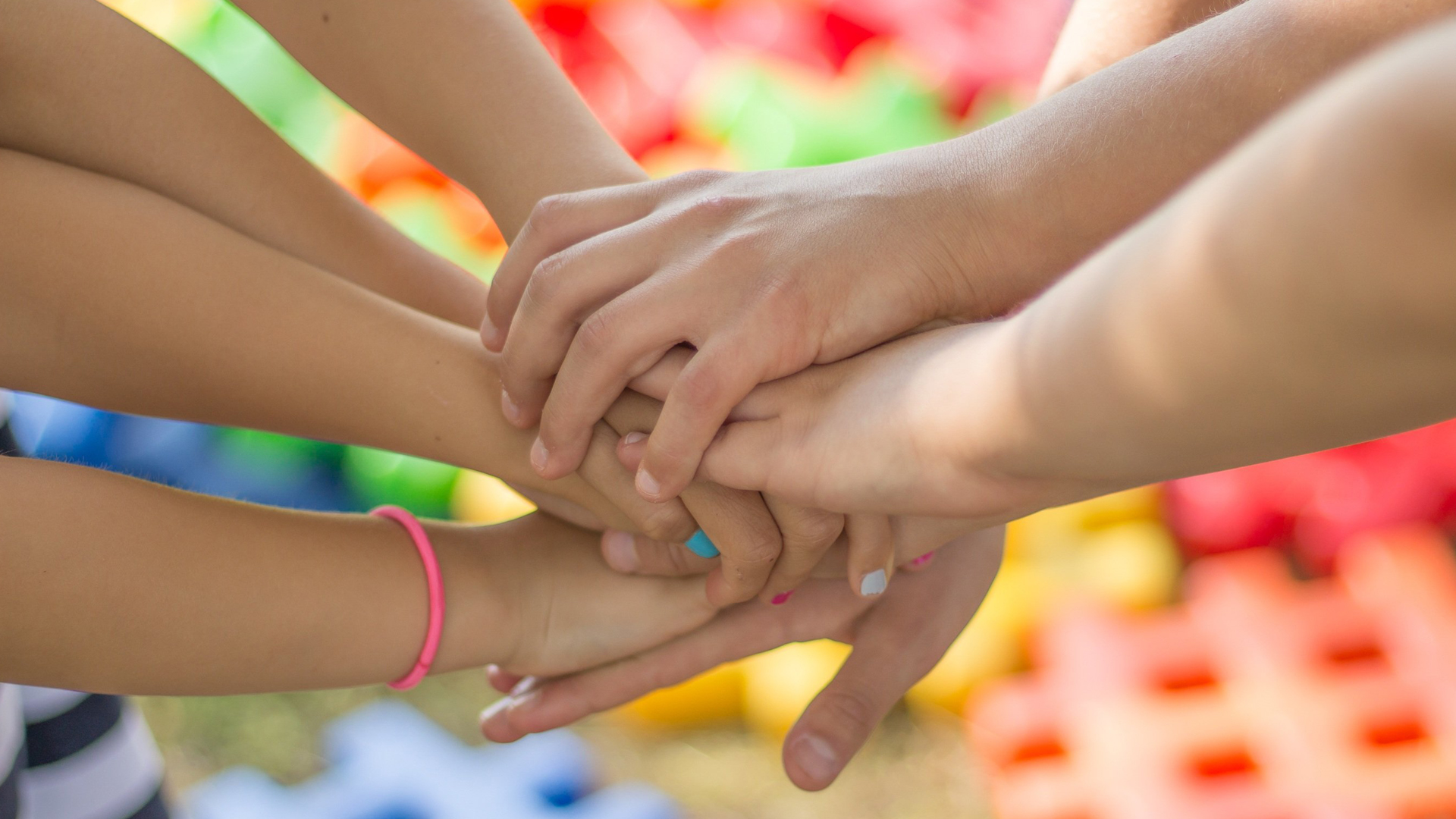 Today, I’m making part 2 in this series of podcasts that focus on language you can use in part 1 and possibly in part 2 of the speaking exam in an IELTS test. I’m making this following a request from a listener.

I’ve had a few nice comments recently on the Learn English Vocabulary website and on Apple Podcasts. There are two comments from Vietnam that I want to mention. Two people have asked for subtitles or transcripts. Normally, after I have published a podcast, I publish the transcript on the Learn English Vocabulary website. If you want to find the transcript for a podcast, all the podcasts are divided by level so for this podcast, you need to look in the C1 section. I try to make these podcasts for different levels according to the CEFR which is the common European Framework of reference for languages. This podcast is going to cover some advanced language you can use to describe people, specifically their personality. Some of the language in this podcast will be B2 and some will be C2, so I’m putting this podcast right in the middle.

I needed a way to divide this language because there’s way too much to cover in one podcast so I’m basing each of these podcasts on the five main personality traits according to – well, some psychologists. This seems to be quite a popular theory though – there are loads of diagrams online if you search for it. I will leave a link to the wikipedia page that I’m mostly using. Today I’m recording the second of these podcasts and the topic is agreeableness.

Agreeableness is not a common noun. You can say that a person is agreeable, but I don’t think I’ve used the adjective many times. However, it’s the top level describing word for this trait. Agreeableness is about making everybody happy. If you describe someone as agreeable, it means they are easy to get along with. They won’t have strong opinions that are likely to rub people the wrong way.

That’s a more interesting phrase – to rub someone the wrong way. As this is on the same topic, albeit on the negative side, I’ll quickly describe it. Basically, it means to annoy someone. If a person is rude or arrogant, then they might annoy people; they might rub them the wrong way. However you can also use it to say that something a person does or says annoys you. The way he spoke to his mother really rubbed me the wrong way. I like the expression because it makes me think of my cat. I had a very grumpy cat who was social and liked to be stroked, but it had to be the way he wanted. You could stroke his head and his back, but if you dared to touch his tummy he would attack you. Also, if you stroked his fur in the wrong direction he would attack you. You could only stroke Jeremy in the right way – if you rubbed him the wrong way he would bite you.

Let me get back to the topic of agreeableness. If you are agreeable, you do not rub people the wrong way. You are generally kind and considerate. The adjective considerate is formed from the verb to consider. To consider means to think about something. If you have a complex problem that you have to think about for a while, you need to consider it. You might consider moving house or changing your job. It’s very similar to think about, but it implies spending longer and taking care over a decision. A considerate person takes care and thinks about other people. Imagine your friend has just got back from their holiday and you agree to pick them up from the airport.If you go to a shop to buy some milk and bread so they can have a cup of tea and some toast when they get in, they might say thanks, that was very considerate of you. You have done something kind that shows you have thought about them.

The opposite is inconsiderate. You can use this to talk about people who never think about other people. If you play loud music late at night when other people are sleeping, you are being inconsiderate. If you make a lot of noise first thing in the morning  – especially at the weekend, that is very inconsiderate.

Agreeable people are generally honest and reliable and trust other people. They have a positive view of people. Another expression you can use to say that someone is reliable is you can count on them. You can use this to talk about specific situations. You can always count on her to say the right thing in meetings or I know I can count on my parents if I need help. Or you can use it more generally. My best mate is a great friend; I can really count on him.

As well as being trustworthy, agreeable people are trusting. Trustworthy is interesting – worth is an adjective that is used to say something  has a value, usually money. The car is worth £5,000. Worthy means deserving respect or support. You can also use worthy in phrases like worthy of consideration or worthy of praise to say that something deserves to be considered, to be thought about carefully or deserves to be praised. So a trustworthy person is someone who is worthy of trust, that is they deserve to be trusted. Similar words are praiseworthy, meaning it deserves to be praised and cringeworthy meaning it makes people cringe with embarrassment.

A trusting person is someone that trusts other people and believes that people are good and honest and won’t hurt you. Children are often trusting. This is a positive characteristic, but. It’s often used in a negative way because sadly, there are mean people in the world who will take advantage of people who are trusting. A more negative word for trusting is gullible. I knew a really gullible American student who came to the UK to study and for some reason believed everything I said. It didn’t matter how outrageous my claim was, they would always say really? My uncle is best friends with Prince Charles … really. No Michael. You’re so gullible.

If you are agreeable, you might say things like: I can get on with anybody. This means you can spend time and talk and be friendly with everyone. You might say: I have a soft heart. This means you see the good in people and want to help them. You are trusting and kind. This is sometimes supposed to be a fault, especially among some men who take pride in being hard and unsentimental. You’re too soft, they might say. I’m not sure this is really a bad thing. What do you think? Is it possible to be too soft?

So on the positive side, being agreeable means being kind and considerate. Being concerned about other people and happiest when everybody is happy. It also means being honest, trustworthy and trusting.

The opposite is disagreeable. You can use this to describe a person, but it’s not at all common. It means unpleasant. You occasionally hear people say things like: he’s a very disagreeable young man. More frequently, on the reverse or the negative side of agreeableness you get the adjectives selfish and inconsiderate. Disagreeable people are also skeptical and cynical and are not interested in getting on with others. I have already spoken about being inconsiderate, so skeptical and cynical, these are interesting adjectives.

If you are skeptical, you are a skeptic. A skeptic is someone who doubts that something is true. If someone tells you something amazing, perhaps they say they are hugely wealthy or they were abducted by aliens, and you suspect that what they are saying is not true, then you are skeptical about it. If you think that people are mean and dishonest and always thinking of themselves and that makes you skeptical, then you are also cynical. A cynical person believes that people are only interested in themselves. You might be cynical about politicians and say things like all politicians lie and can’t be trusted or you might be cynical more generally. When I was a child, I remember seeing a satellite dish in someone’s garden and saying to my granny that it might get stolen and she told me off for being so cynical. I guess I have never been very agreeable.

OK. That’s a lot of language related to agreeableness. This trait has a lot of advanced vocabulary so if you get the chance to describe yourself as agreeable or disagreeable, I’m sure you can get a good score in your speaking test, but that’s a very cynical attitude.

I hope you have enjoyed this podcast. If there are any topics or songs or scenes from a film that you would like me to talk about or anything else you would like to hear, I would be delighted to make a podcast for you. So please visit LearnEnglishVocabulary.co.uk and say hello.