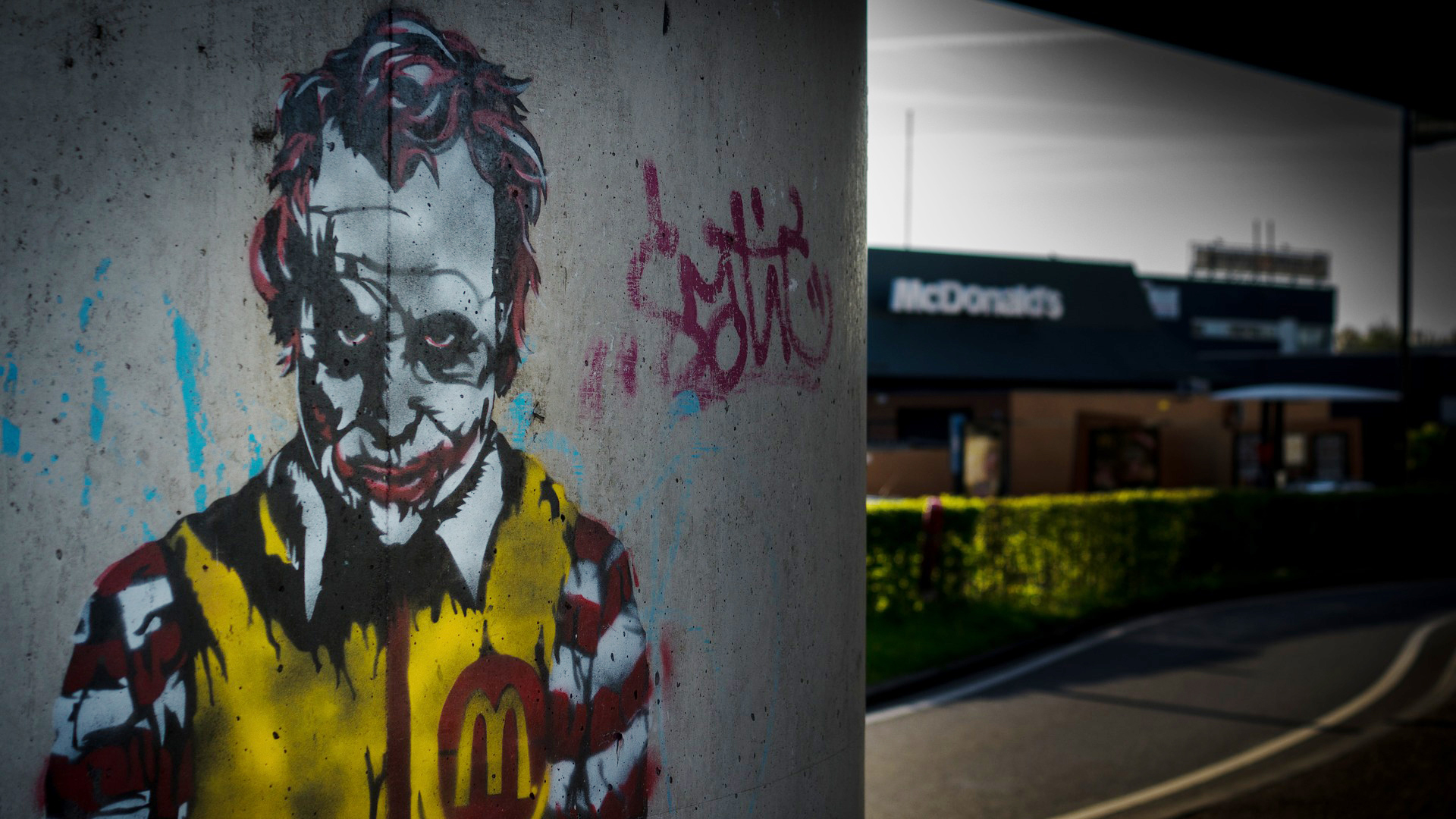 A scene from a film – The Dark Knight – Joker’s interrogation

In this advance Learn English Vocabulary podcast, Jack talks about the interesting language in a scene from the film The Dark Knight.

This podcast is for C1 learners which means advanced learners. I’m going to look at a scene from a film again. If there’s a film scene that you would like me to look at, please let me know in the comments on the website or the review section on Apple Podcasts. Otherwise, you are going to get films I like. Today, I’ve chosen a scene from The Dark Knight which was the second of the Christopher Nolan Batman trilogy with Christian Bale as the caped crusader.

I’m going to look at the scene in which Batman interrogates the Joker. In this scene, the  Joker is in police custody. This means he’s locked in an interrogation room. Commissioner Gordan is questioning the Joker and leaves him to get a cup of coffee. The lights change and we see that Batman is standing behind the Joker and he smashes the Joker’s head on the table.

Joker: Never start with the head, the victim gets all fuzzy. He can’t feel the next … See?

Fuzzy means unclear. It’s often used to talk about images, perhaps photos that are not in focus; photos in which the shapes do not have clear edges, but where things are difficult to work out. If you feel fuzzy, then you feel confused and unsure what is happening. It’s not a common adjective to talk about how you feel.

Batman: You wanted me. Here I am.

Joker: I wanted to see what you’d do…and you didn’t disappoint. You let 5 people die. Then you let Dent take your place. Even to a guy like me, that’s cold.

Cold in this sentence is short for cold-hearted which means showing no feeling or sympathy or understanding of another person’s pain.

Joker: Those mob fools want you dead so they can get back to the way things were. But I know the truth: there’s no going back. You’ve changed things. Forever.

Batman: Then why do you want to kill me?

Joker: Kill you? I don’t wanna kill you. What would I do without you? Go back to ripping off mob dealers? No. No. No! No you- you complete me.

Ripping off is an informal way of saying stealing from. It’s most commonly used to talk about stealing intellectual property. So you can say that the intro to Vanilla Ice’s Ice Ice baby rips off the bass line from Queen’s Under Pressure. We also use it to say that something is much more expensive than it should be. £50 for a t-shirt? That’s a rip off. If you pay too much for something, your friend may say to you: You paid how much? You were ripped off.

Garbage is American English for rubbish.

Joker: To them, you’re a freak. Like me. They just need you right now. But as soon as they don’t they’ll cast you out. Like a leper. You see, their morals, their code; it’s a bad joke. Dropped at the first sign of trouble. They’re only as good as the world allows them to be. You’ll see- I’ll show you. When the chips are down these, uh, civilized people? They’ll eat each other. See I’m not a monster, I’m just ahead of the curve.

A freak is someone who is extremely unusual. When I was at school, it was a gentle insult. We also used the adjective freaky to say that something was strange and a bit disturbing.

A leper is someone with leprosy. The disease leprosy is an infectious disease, though it’s very rare in the UK. However, in the past it was greatly feared and people with the disease were forced to leave their homes and towns and made live in colonies away from other people. For that reason, it’s quite commonly used figuratively to say that people reject you or someone for something they have done.

I’m ahead of the curve. This is a nice expression. It means to be one of the first to change or to adopt a new way of doing things. The curve in this sense is on a graph and shows when a new technology or idea is accepted. So smart phones could be a good example. If you plotted the popularity of smartphones on a graph, then there would be a curved line as more people started using them., If you were an early user then you could literally be ahead of the curve.

Joker: You have these rules, and you think they’ll save you.

Batman: I have one rule.

Joker: Then that’s the one rule you’ll have to break to know the truth.

Joker: The only sensible way to live in this world is without rules. And tonight you’re gonna break your one rule.

To consider something means to spend time thinking about a possibility, thinking about something that you might want to do before making a decision. I think that Batman’s one rule is that he doesn’t kill people. He’s pretty happy beating them up, but he is not a killer.

Joker: There are just minutes left so you’re gonna have to play my little game if you want to save … one of them.

Joker: For a while, I thought you really were Dent. The way you threw yourself after her… Look at you go! Does Harvey know about you and his little bunny?

Batman: WHERE ARE THEY?

Joker: Killing is making a choice!

Batman: WHERE ARE THEY?

Joker: You choose one life over the other. Your friend, the district attorney, or his blushing bride-to-be.

His blushing bride-to- be. This is a combination of two phrases. A blushing bride is a woman who is newly married and is nervous about what is going to happen on their wedding night. I think that people still use it to suggest that a bride is innocent and naive, but mostly it’s just used to mean bride, probably without much thought about the origin, it is just nice to say. A bride-to-be is a woman who is going to be married. We also say mother-to-be for a pregnant woman. We use the phrase soon-to-be as a way to say that something is going to happen. Most of the examples I found online were soon-to-be husband, because I don’t think we say husband to be, but I think you can use it in other sentences – You could say you’re soon-to-be retired.

Joker: You have nothing! Nothing to threaten me with! Nothing to do with all your strength. But don’t worry. I’m going to tell you where they are. Both of them. And that’s the point. You’ll have to choose.

And if you want to find out who Batman chooses to save, you’ll have to watch the film. It’s a great film, very exciting and Heath Ledger’s performance as the Joker is widely regarded as one of the best movie villains of all time.