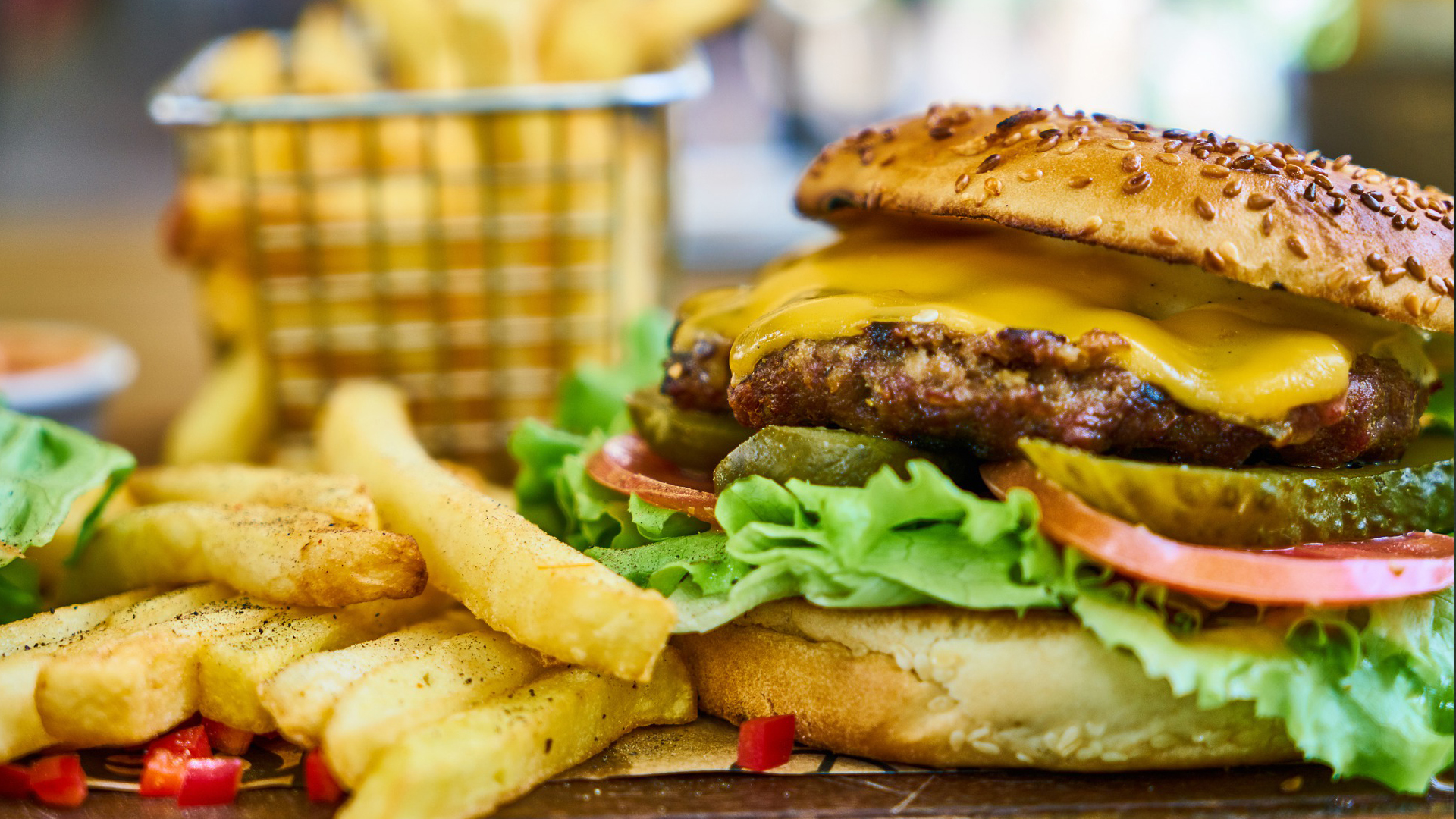 A scene from a film – Pulp Fiction – Big Kahuna Burger

This podcast is C1 which means it’s for advanced learners. Last week, I looked at some song lyrics and today I’m going to do something similar. I’m sticking with popular culture, but going back in time a bit. I’m looking at a scene from a film from 1994 called Pulp Fiction. It’s Quentin Tarantino’s second film and my favourite of all his films.

The scene I’m looking at is near the beginning of the film. In this scene, two hitmen, played by Samuel L Jackson and John Travolta visit an apartment to pick up a briefcase. I’m going to include a few clips from the film because I think they fall under fair use and I will share a link to the Miramax clip of the film on youtube so after the podcast, I suggest you watch the clip if you can.

I’m going to look at the language in the order it is uttered in the film. At the end, I’m going to return to three questions that Samuel L Jackson’s character Jules asks to highlight the pronunciation.

Hey kids, how’ you boys doing?

Chilling – normally means frightening. If you watch a really scary film, you could say it’s chilling. That’s what it says in the Cambridge learner’s dictionary if you look up chilling. However, to understand Tarantino’s meaning, you need to turn to the urban dictionary which covers more colloquial uses. In the urban dictionary, chilling is described as a cool way to say you sat around doing nothing. It’s short for the informal phrasal verb to chill out which means to completely relax.

Let’s hear the next clip.

You know who we are? We’re associates of your business partner Marsellus Wallace.

Associate can be a verb or a noun. The word comes from a latin word that means friend and you can find loads of related words. Social, society, socialist, sociopath. All of these words are related to connections between people. If you connect two things in your mind, you make an association. You associate one thing with another. If you are connected to another person, you are an associate of that person. It’s quite a formal word that means that you know someone but you’re not really friends. It’s also quite neutral which is why Jules describes himself and Vince as associates of Marsellus Wallace.

Time for the next clip.

A wild guess is a guess without any certainty. If you ask someone to make a guess and they say they have no idea, you can say ‘take a wild guess’. Or if you guess right and are surprised to find that your guess is correct, you might say ‘ that was a wild guess’. In this scene, Jules is using the term sarcastically. He’s looking for the leader of the group and by looking at the characters in the room, it’s clear to him that there’s only one real possibility. When he guesses who Brett is, he’s pretty confident that he’s right.

In the next clip, there are two pieces of C1 vocabulary.

Hamburgers! The cornerstone of any nutritious breakfast.

A joint in this case is a bar or a restaurant. It’s more commonly used in American English and refers to a bar or restaurant that is not very expensive. You often hear a burger joint or  a fast food joint.

Me, I can’t usually get them ’cause my girlfriend’s a vegetarian which pretty much makes me a vegetarian.

I like this expression. Pretty much means almost completely. It’s quite informal and in my experience, it’s often a lie. Have you finished your homework? Pretty much. No, that’s a lie. You have barely started. Perhaps that’s my bias. When Jules says that he’s pretty much a vegetarian, it means that he very rarely eats meat.

That hit the spot!

That hit the spot. This is another cliche that I think is a bit old fashioned. It’s almost always or pretty much always used to talk about food or drink and it means that the food or drink has satisfied a craving. So on a really hot day, when you are really thirsty, a long cool drink of something could be said to hit the spot.

Now, I want to look at three questions. I’ll play them in order and I want you to try to work out what they are.

What are you having?

Do you want a bite?

What are you having?

The second was do you want a bite. This is often contracted to jewanna bite. In this case, it’s contracted even further and Jules just says one bite. Listen again.

Do you want a bite?

The last is when Jules is asking about the soft drink that Brett is having with his hamburger breakfast. He asks what’s in this. Again, the contraction is massive and the words what is almost completely disappear. Tsin this? Sin this? Listen again.

OK – now I advise you to watch the scene on youtube. You can either search for Pulp Fiction Big Kahuna Burger or you can click on the youtube link in the podcast description or you can watch the video embedded on LearnEnglishVocabulary.co.uk.

Fill in the gaps with the language from the scene.