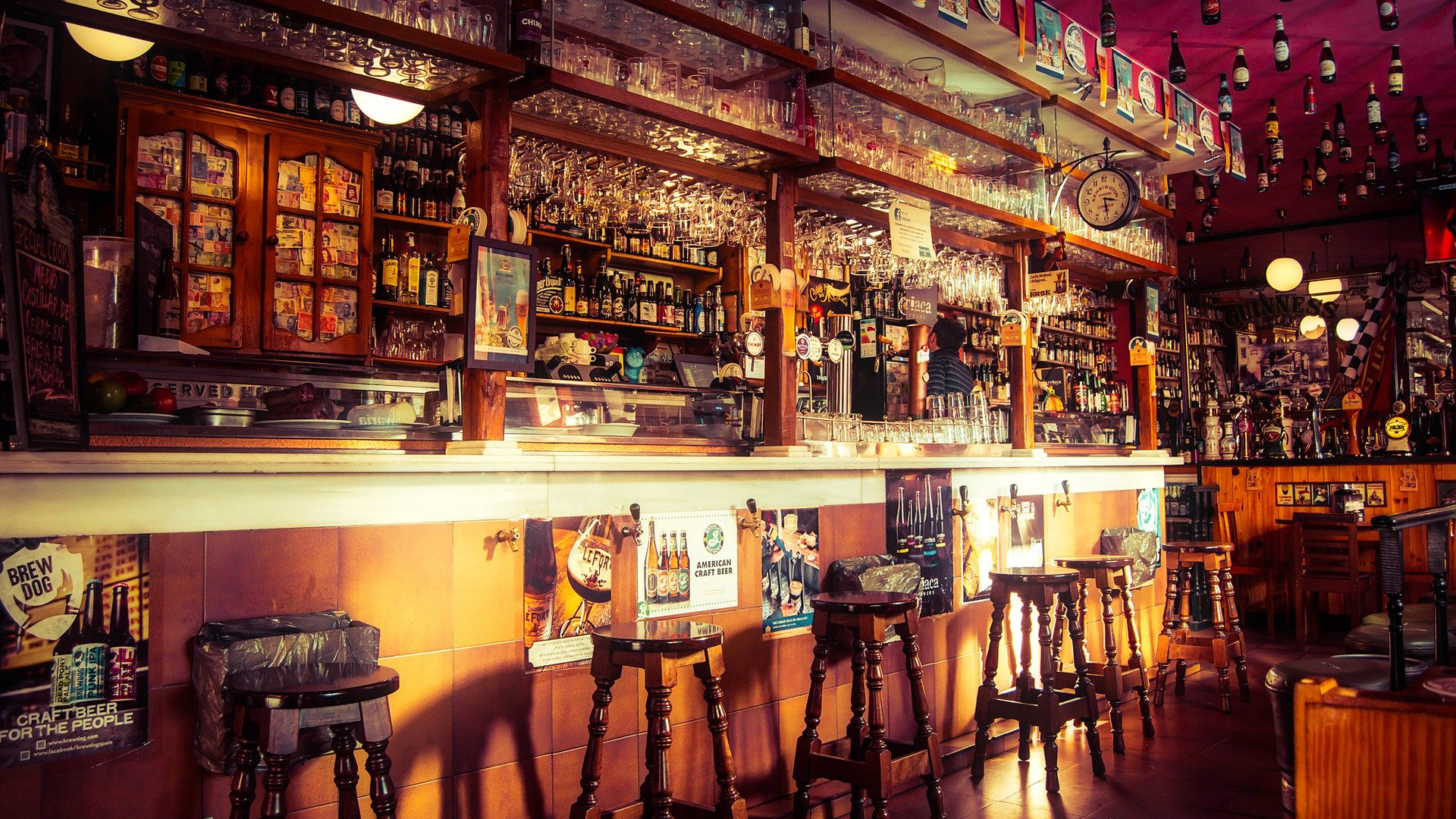 In today’s podcast, I’m going to tell you a true story. I’m going to talk about my first job and focus on some language related to work and working. I’ll tell you the story about how I got and lost my first job. I’ll tell the story in parts. In each part, there will be some vocabulary related to jobs and work. I will tell you the language I want to focus on first and then after each part, I’ll talk a bit more about the vocabulary.

In the first part, I’m going to use the vocabulary get a job, out of work, unemployed and apply for a job.

I got my first job straight out of school. I have never been out of work in my adult life. I have been lucky, I think. And I have also done some pretty bad jobs, but I think having a bad job is better than being unemployed.

When I finished school, I went into town, had my hair cut because it was a bit long and then I went into an old fashioned sports and menswear shop called Phillips Man’s Shop and bought a navy blue blazer with gold buttons on the cuff. My mum gave me the money for the jacket as a gift. She thought it was the sort of thing you should wear when you are applying for a job and want to make a good first impression.

If you don’t have a job, you can say that you are out of work. This is normally because you can’t find a job. If you are not working because you are sick or injured, then you are off work. The opposite is in work, but this is not as common.

I said that having a bad job is better than being unemployed. There is a family of words related to work that use the verb employ as a root. Employ means to give someone work and pay them for it. The adjective employed describes a person who has a job and unemployed describes a person that doesn’t have a job. We use the noun employment in a general sense and unemployment to talk about the total number of people who don’t have a job.

I used the verb apply, to apply for a job. This is the correct way of saying you asked if you could do a job. The noun application is also used, usually to describe a form that you might have to fill in when applying for a job.

In the next part, I’m going to use the words CV, part time job, employee and interview.

I went home and typed up my CV which didn’t have a lot on it because I was straight out of school. I’d had a part time job as s school cleaner when I was at school for a couple of hours each day after school, but nothing else.

With my new haircut, my navy blue blazer with gold buttons and my freshly printed CV in hand, I went into town started walking from shop to shop, to bars, to restaurants to small businesses anywhere that might be looking for a new employee.

In the end, it didn’t take me very long. I walked into the Crowborough and District Social Club, which was a private club, a bit like a pub, but you have to be a member. I asked the man behind the bar if he knew if they were looking for anyone and it turned out they were. There was an advert in the local paper for an assistant steward, which is basically a barman. The steward, Colin and his wife Sue were called down and interviewed me right there on the spot.

Your CV is a specially formatted list of your qualifications and jobs that you can use when you are applying for a job. We also use the word resume.

The word interview can be a noun and a verb. It’s normal to say I have an interview on Thursday. You can also say I was interviewed for the job. This passive use is important. Often, you’re not going to remember the name of the person that interviewed you or it won’t be important.

In the next part, I’m going to use the words offer and accept, responsible for, short-term, long-term, career and industry.

The steward Colin was professionally cheerful. He had a quick smile and seemed friendly enough, but it felt a bit forced. He and his wife were both alcoholics. Colin started his work day with a swig from a mouthwash bottle that he would swirl, gargle and then swallow.

I was offered and accepted the job of assistant steward. I had to work behind the bar from Friday to Sunday and then on Monday and Tuesday, I was in charge. The club was quiet on a Monday and Tuesday. There was a stream of permanently unemployed and retired alcoholics who would turn up every day, but only about 10 or 15 so I could handle the place on my own. I was responsible for opening up, setting up the bar and dealing with the cash and tills. I had to start work at 9, but didn’t open the front door till 10. There was a big heavy security screen that had to be rolled down when the place was empty. If the locals saw that the screen was down and it was getting close to 10, I’d see them peering anxiously through the windows.

It took me a while to remember the local’s drinks. The locals are the people who live near a pub or bar and go there regularly. Slowly, the locals warmed to me and I enjoyed their company. It was pretty boring a lot of the time, but otherwise, it was a good job. I knew that it was a short term job for me. I wasn’t interested in a career in the hospitality industry, but I didn’t know what I wanted long term so it suited me.

If you have an interview and the person wants to give you the job, they offer you the job. We also use the noun a job offer. If you are looking for work, you might get a few offers. If you decide to take one of the jobs then you accept the offer.

A career is a lifetime of work in a type of business. Normally, a career lasts over 40 years, but these days, many jobs are being lost to new technologies and people can’t expect a job for life.

The last word from part three is industry. An industry is a type of work. So you could work in the car industry or the hospitality industry. Normally industries don’t use the word industry. I work in education. Where I live, there’s a lot of farming or agriculture.

Time for part 4. This now the end of the story. The words I want you to listen out for in this part are the verb hire, the phases to lose a job and to be sacked.

I soon learned that the locals did not like Colin and Sue. One of the main responsibilities of a bar manager is to look after the beer. This means keeping the cellar and the pipes between the cellar and the bar clean. When you clean the pipes, you have to throw away beer. I think that the pipes held about 6 pints of beer so you’d lose at least this much beer every time you cleaned it out. Colin and Sue didn’t like wasting that beer. As far as I could tell, they preferred to drink it and this meant that the pipes were not cleaned regularly enough and the locals complained. Sue was also a terrible snob and was not as good as Colin at faking friendliness. She admitted that I had been hired because I was the only person to come for an interview in a suit. It really wasn’t a suit. It was just a navy blue blazer with gold buttons. My mum was right though.

Eventually, Colin and Sue were afraid that the locals liked me more than them and that I was somehow plotting to overthrow them. Colin started making stuff up about me and I could tell that he wasn’t happy. One Friday morning, I arrived at work to be met by Colin who looked less friendly than usual. He told me that when he had gone to open up the club on Wednesday morning, he’d found the security door was not locked properly and was not pulled down all the way. This was a lie. It was a stupid lie as it was not possible for the heavy metal security door to be left like that. It was heavy. You had to roll it up most of the way or gravity would pull it down. I told him this, but it didn’t matter. I was sacked. I had lost my job and had to give the keys back. It wasn’t a problem though, I moved away from the town and have never been back the Crowborough and District Social Club.

The last pieces of vocabulary are to hire. I was hired because I wore a navy blue blazer with gold buttons. To hire, means the same as to give someone a job. You can also hire cars and equipment, which means you pay someone money so you can borrow their equipment. We often use the verb hire in the passive to talk about  jobs. I was hired to work behind the bar.

I was sacked and I lost my job. Both of these mean my boss told me to go home and to not come back to work again. My employment was terminated. I was sacked is less formal than I lost my job. You could also say I was dismissed or I was let go in more formal situations.

Wow. That was a really long podcast. I hope you have enjoyed it and the language is useful. 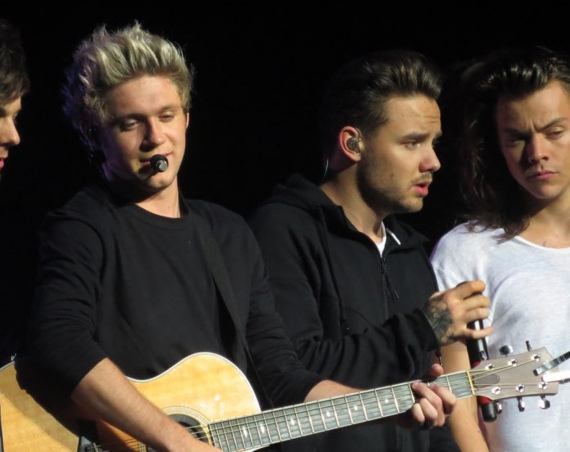 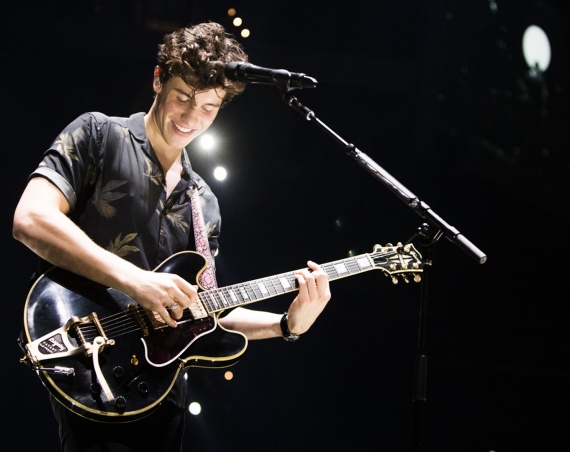 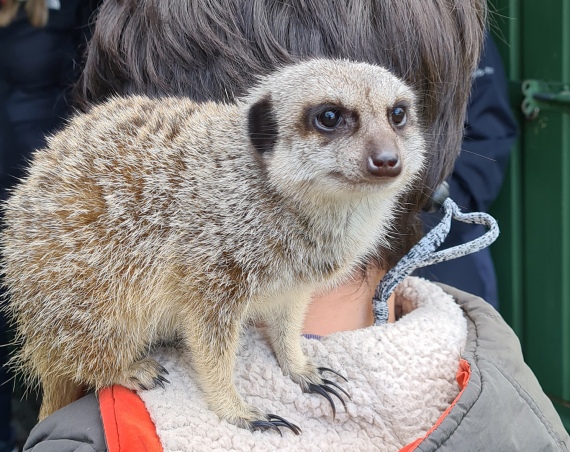