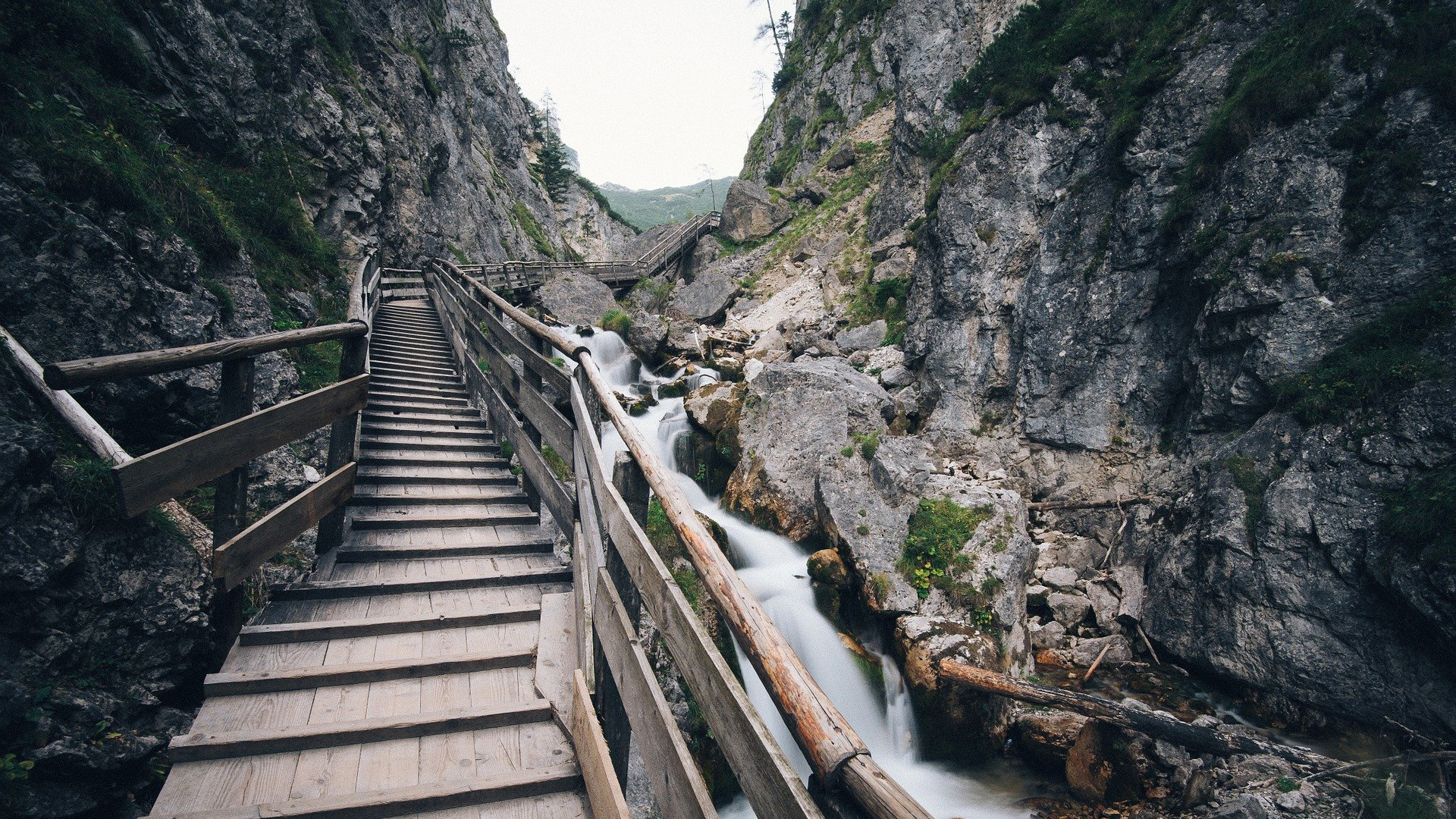 Today, I want to talk about one of the hardest journeys I’ve ever been on. You see, I want to make a podcast about telling anecdotes so I can focus on some language you need when telling these sorts of stories. The language I’m going to focus on is Wh+ questions and a set of words that are normally called discourse markers by teachers. These are like signposts for your story.

So, tell me about the hardest journey you’ve ever been on.

When did this journey happen?

Ok, so this journey happened when I was living in Sri Lanka so that was back in 2010/2011. I was working at the British Council in Colombo at the time and it was the Christmas holidays so we decided to take a trip down to the south. I had a motorbike so we packed everything into a couple of bags and set off.

Who were you with?

I was with my wife Anita. She’s quite a lot smaller than me, but as I was riding, she got to wear the big backpack on the back of the bike.

Where did you go?

We set off from Colombo and headed south. We went down to a place called Unawatuna and stayed in a lovely guesthouse with a view of the sea. We both love seafood and strangely had the most amazing seafood pasta in a restaurant run by an Italian family that lives there. After a few days by the beach, we set off again and went along the coast to a national park called Yala. Next, we went inland and stopped in Ella which is a beautiful hill-country village surrounded by tea plantations. It was a really spectacular ride. Most people take the train and that’s supposed to be an amazing journey, but I loved riding through the hill country.

So this was when the hard part of the journey started. This was really bad planning on my part – I take full responsibility.

Anyway, we set off from Ella and wanted to ride to a small village called Dalhousie or Nallathanniya. There are some guests houses and hotels there that you can stay in if you’re planning to climb Adam’s peak.

Adam’s peak is a mountain. It’s not a very high mountain, but it’s really steep and on the top, there’s a temple with a rock that has a sacred footprint that’s known as Sri Pada. The site is important for Buddhists and Hindus and even some Christians and Muslims. Lots of people climb the peak as a kind of pilgrimage as well as for the beautiful views.

Most tourists who visit try to climb the mountain before dawn to see the sunrise because the views are amazing and the mountain casts a perfect triangular shadow in the first rays of the sun.

Well, my first mistake was underestimating the time it would take to ride from Ella to Dalhousie. You see, on a map, it doesn’t look that far, but the roads were windy and sometimes not very smooth. It took us all day to reach the nearest large town. In the guide book, it said you could get shuttle busses from the town to Dalhousie so I’d assumed that it wasn’t that far. That was my second mistake. It took hours. There’s a huge reservoir that you have to ride around. We should have stopped and stayed the night, but I wanted to push on. In the end, we didn’t get to Dalhousie until after 10 at night. We’d been riding all day and just wanted to find a place to sleep.

Did you find a hotel in Dalhousie?

And that was my third mistake. I hadn’t booked anywhere to stay. I thought we could just turn up, but it was the Christmas holiday so all the hotels were full. We were standing in the foyer of a guest house, caked in dust from the road, tired and hungry.

Fortunately, Sri Lankans are really lovely people and the guest house owner wanted to help us. So, she said we could sleep on the sofa in the guest house foyer and then she would wake us up at 3 am so we could start the climb up Adam’s peak.

We did our best to make ourselves comfortable as there was a lot going on all around us. But we managed to get a couple of hours sleep and sure enough, a few hours later, she tapped on my shoulder and we got up to start the climb.

How was the climb?

Climbing Adam’s peak is not like climbing a normal mountain. There are steps all the way up and there’s a constant stream of tourists and pilgrims. It looks impressive at night because the path is lit up so there’s a line of light snaking up the side of the mountain. Along the way, there are little stalls and restaurants selling hot drinks and snacks. There was a place about halfway up selling this amazing bread with a kind of chilli paste.

The climb is really hard, though and you have to stop to rest on your way up. I remember counting my steps, I was telling myself ‘one hundred steps and then you can take a break’ and taking the final stretch one hundred steps at a time.

Sri Pada is a holy site and quite a lot of the pilgrims who visit are praying for help. We were amazed to see a woman climbing down, not a young woman, carrying her adult son on her back. Her son was paralysed so she had carried him up to pray for help, perhaps a miracle.

Did you make it to the top for sunrise?

Yes. We made it in time. There were quite a few people huddled together up there. There was a really cold wind and most people weren’t dressed for cold weather.

Now, when the sun rose it was glorious; it was the most amazing sunrise and yes, the mountain did cast a perfect triangular shadow across the landscape. Because you’ve climbed up in the dark, you can’t see the landscape around you and it’s stunning. As the sun rises, the light changes and it’s all revealed in a beautiful display. It’s quite breathtaking.

What did you do next?

Well, we had to climb down. Obviously, this is a lot easier than going up, but only if you have the right method. You see, if you do it wrong, it can hurt your knees more than going up. I should say that I’m not a coach or an expert so this might be terrible advice, but we found that by going down quite quickly, a sort of gentle controlled run, you could avoid catching your weight on each step and that made things easier.

And when you got to the bottom?

At the bottom, we still had nowhere to stay so we had to get on the bike again. We packed up and thanked the owner of the guest house and set off back to Colombo. That was another hard ride and took us most of the day. We slept really well that night.

In the morning, I woke up to see Anita coming back from the bathroom. She was walking really slowly with stiff legs and I laughed at her. Then I swung my legs out of bed and went to get up and dropped straight on the floor. My legs were just as bad as hers or maybe worse. But it was all worth it as is it was a wonderful beautiful trip.

OK – now I’m going to look at some language from my story. First, I want to look at the questions.

The vowel sound is a schwa because we use the weak form of did in these questions.

Another question with the same auxiliary came later: Where did you go? In this question, the wh+ word is where which we use to ask about places. This time, the subject is you and that’s also usually pronounced using a  weak form. Did you becomes: didje Where did you go?

The next question: ‘What happened next?’ is a subject question. This means that the information you are asking about is the subject of the verb. You should be able to answer the question by repeating the same words with the answer in place of ‘what’. Something crazy happened next. What happened next? is a useful question when you are listening to someone tell a story.

The second set of language I want to focus on are discourse markers. These are words and phrases that you can use in two ways. Firstly, you can use them to organise your ideas and what you’re saying. In the story I told before, I used some discourse markers to show the order of events. At first, after that, next, in the morning. In the end. These phrases are really useful as they act like signposts for the person you are talking to.

The other type of discourse markers I used were also signposts, but more than that, they act like little pauses for you to gather your thoughts. They work a bit like um, er… but they make you sound more fluent. I use the word ‘well’ all the time. For me, as a signpost it kind of means ‘this is what I think’ well – I’m thinking and here’s my response. You can also use So and OK in the same way. Another example is you know, which some people use almost like a nervous tick. Once you notice that someone says you know all the time, you can’t stop noticing it.

I used one more discourse marker: ‘you see…’. This discourse marker is used to prepare your listener for a slightly longer explanation. It’s a bit like saying here’s the reason, but it’s shorter.

The final discourse marker I want to talk about is right. We use this to signal that the conversation or topic has come to an end and we’re ready to move on. So you will hear phrases like: Right, so we all agree. Right, so we’ve covered everything. Right, that’s enough for now. And this is the discourse marker that I always use when I get to the end of the podcast.

Right, that’s all I have time for today. I hope you have enjoyed this podcast. I do love reading your comments so please do leave me a comment on the site or a rating or a review on Apple podcasts. I love to hear from you and any comments or suggestions you have. Thank you also to those of you that have bought me a coffee. I really appreciate it. 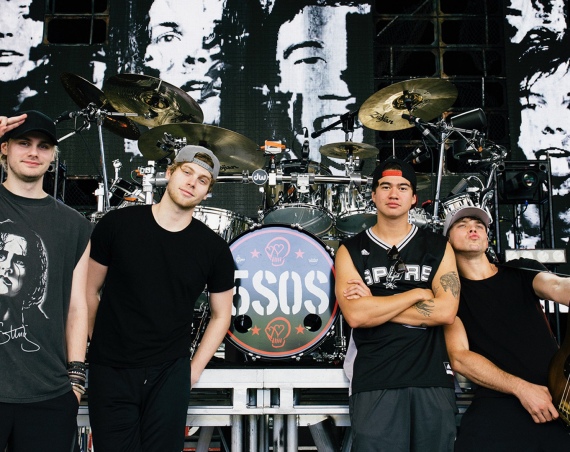 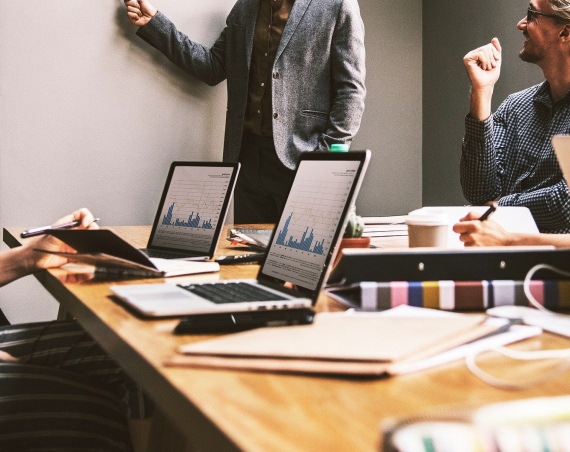 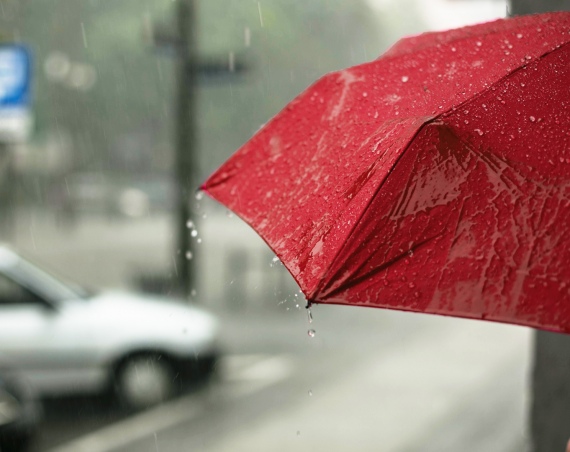